Premiered February 16, 2014 at the Egyptian Theater in Hollywood.

“Anyone weary of Paranormal Activity’s take on the found-footage genre need look no further than the Egyptian’s Spielberg Theatre for a healthy dose of the real thing.
Hosted by L.A. Filmforum and having its world premiere this Sunday night at 7:30 p.m., the latest edition of the Festival of (In)appropriation consists of 14 different works comprising an approximately 90-minute program to be introduced by curators Jaimie Baron, Lauren Berliner and Greg Cohen. The shortest of these, Celeste Fichter’s Walking on Water, lasts just over a minute and uses the theme from Hawaii Five-O to accompany the biblical tale of Jesus defying natural law. Soda_Jerk’s The Time That Remains, a “spectral melodrama” starring several iterations of both Joan Crawford and Bette Davis, is the longest at twelve minutes.
The dozen other entries fall somewhere in between and explore everything from LBJ’s tenure as president to the Freudian notion of the death drive to the Pledge of Allegiance’s effect on schoolchildren. Now in its sixth year, the traveling festival’s emphasis on novel works that not only repurpose existing footage but also lead viewers to reconsider the source material’s original intent has earned it a sterling reputation and small-but-devoted following that may soon include you.”

⇒ HOST THE FEST #6 TRAVELING SHOW AT YOUR VENUE NOW:

Walking on Water by Celeste Fichter (digital video, color, sound, USA, 2012, 1:16)
The classic biblical story of Jesus’ walk across the Sea of Galilee is revisited in Walking on Water. Over 70 different depictions culled from the internet – ranging from coloring books to Medieval painting – animate the narrative of Jesus’ walk on the water to rescue his disciples from their boat during a storm and Peter’s attempt to follow suit only to sink before Jesus saves him from drowning. The epic tale, relayed in 60 seconds, is accompanied by the soundtrack to the 1970’s TV police drama Hawaii Five-O.

Statement by Justin Lincoln (digital video, color, sound, USA, 2013, 3:37)
This video is inspired in part by structural filmmakers such as Hollis Frampton and Paul Sharits. It uses screen capture software, an archive of the filmmaker’s tumblr favorites, a Processing program that randomizes text, and the browser scroll bar to make visual montages. Statement explores how we learn to scan text and image online and how we become used to the recurrences and repetitions of those texts and images as data.

Bloom by Scott Stark (digital video, color, sound, USA, 2012, 11:00)
Using images from the Texas Archive of the Moving Image, based on oil drilling footage from the first half of the 20th century, Bloom explores the industrial penetrations into the arid Texas landscape, which yield a strange and exotic flowering.

Passage by Cheryl Pagurek (digital video, color, sound, Canada, 2007, 8:23)
Passage evokes several layers of time and place through video imagery and sound. Its ephemeral quality evokes the ‘present-ness’ of the disappearing past, referencing the artist’s familial history through archival film footage. Separate yet connected narratives unfold: Present-day video footage follows richly coloured light and shadow patterns appearing inside and outside Pagurek’s house throughout the course of the day, from the cool blue-purples of morning light to the warm oranges of early evening. Meanwhile, black and white archival film footage provides fleeting glimpses of Jewish life during the early part of the last century – everyday life in pre-World War II Eastern Europe, and the immigration of some to ghettoized urban life in North America. 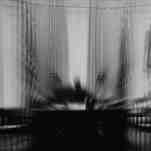 The Rancher by Kelly Sears (digital video, black/white & color, sound, USA, 2012, 7:00)
The Rancher mirrors the presidency of Lyndon Baines Johnson without ever identifying him by name.  Instead, he becomes an archetypal backdrop to explore one man’s fall from power as a metaphor for other historical narratives. 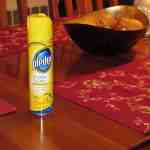 Pledged by Celeste Fichter (digital video, color, sound, USA, 2012, 2:46)
Using audio extracted from YouTube videos of children reciting the Pledge of Allegiance and imagery sourced from the Internet, Pledged is a video about the dubious effectiveness of teaching the pledge to children too young to comprehend the concept of patriotism.

Magic Mirror Maze by Gregg Biermann (digital video, black/white, sound, USA, 2013, 5:10)
The famed “hall of mirrors” sequence of Welles’s classic noir, The Lady from Shanghai, is seen through a succession of four algorithmic progressions of split screen patterns. The result is hypnotic, kaleidoscopic, and a bit uncanny.

The Time that Remains by Soda_Jerk (digital video, black/white, sound, Australia, 2012, 11:55)
In this spectral melodrama, Joan Crawford and Bette Davis perpetually wake to find themselves haunted by their own apparitions and terrorized by markers of time. Isolated in their own screen space, each woman must struggle to reclaim time from the gendered discourses of aging that mark her as fading and ‘past her prime’. The Time that Remains is the third work in Soda_Jerk’s Dark Matter series. Each work in the series takes the form of a séance fiction where encounters are staged between the past and future selves of a deceased screen star.

Arachne’s Thread by Emma Osbourn (digital video, color, sound, UK, 2012, 4:30)
In the story of Arachne and Athena, Athena is the norm, the establishment, a code for propriety and order. Her textile depicts the Parthenon whilst Arachne’s subversive weaving depicts the misdeeds and weaknesses of the gods. This film is stitched with black thread by hand and by machine. Images of events in an anonymous young American woman’s life are juxtaposed with shots of sewing directly into the filmstrip. This disruptive and excessive sewing contrasts with conventional needlework that values tiny, neat stitching. The rebellious thread runs with abandon across the ordered feminine actions: Arachne’s misrule in Athena’s order.

Triptych B by Zoë Fothergill (digital video, color, sound, Scotland/UK, 2013, 9:37)
Triptych B remixes a ten second clip of someone stroking a bee into three short interconnected films of found footage. It brings tactile experience, and how it is learned, taught and shared, to the fore, exploring how the screen can have a physicality that moves away from the delineation of objects, subjects and observers towards the luxury of experiencing surface, texture and touch. Triptych B’s three sections Be Touching, Should Be, and Be a Bee are part celebration of the ‘how to’ video, part synesthetic experiment and in part a commentary on social sensitivity.

Death Drive by Liz Rodda (digital video, color, sound, US, 2013, 7:37)
In his essay, “Beyond the Pleasure Principle,” Freud describes the death drive as a force that makes us behave in ways that counter Darwinian self-preservation. Death Drive consists of two YouTube videos shown side-by-side. On the left is a car driving smoothly through the Grand Canyon. On the right, a driverless car is stuck in reverse and circles continuously. The accompanying audio, sampled from a warped LP, suggests both decay and ceaseless repetition.

Cliffs Quarries Bridges and Dams by Josh Hite (digital video, color, sound, Canada, 2012, 4:00)
Cliffs Quarries Bridges and Dams presents a series of moments in which bodies have just plunged into water from a height, leaving only their splashes as a visible trace. Video fragments of jumpers from the titular structures are sequenced by the audible reactions of onlookers behind the camera.