Premiered September 18, 2011 at the Egyptian Theater in Hollywood.

The fourth edition of the Festival of (In)appropriation includes new work by past participants Evan Meaney and Gerard Freixes Ribera, as well as many new participants. This program emphasizes documentary uses of found footage as well as formal experimentation and machinima. 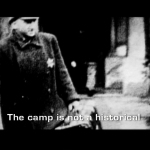 Camp by Peter Freund (digital video, color, sound, USA, 2011, 7:00)
“This experimental short juxtaposes the political and theatrical senses of “camp” as a metaphor for our contemporary cultural deadlock between two post-modernist sensibilities. Guiding this split (parallax) vision, two narrative voices (one in Chinese, the other in Arabic) mix venerated cultural statements with original commentary, while factual and fictive footage provide support, context, and counterpoint.” (Peter Freund)

Jive by Steve Cossman (digital video, color, sound, USA, 2011, 8:05)
“To view a photograph is a time-based experience. Inherent in the still image are lines, planes and patterns; a composition that guides the eye. At points in the image, one’s focus might rest, in others it might move quickly from left to right, bottom to top. In Jive, the path that the viewer takes has been activated along a timeline. The original image is a found photograph that has been divided into 100 smaller compositions. Using these ‘frames’ as a palette, the photographic fragments are then placed sequentially to lead the viewer through the original image. This allows the viewer to see the image in a different way, taking a path through the image in another form, the moving image. Adjacent pieces create gentle linear movements. Areas of the image that exist in the same space but could not directly relate before are now able to communicate.” (Steve Cossman)

Ceibas Epilogue: The Well of Representation by Evan Meaney (digital video, color, sound, USA, 2011, 7:20)
“in part a remake of Hollis Frampton’s Gloria! (1979), in part a repurposing of hacked, 16-bit video game technology; the well of representation asks us to reconsider our fear of the liminal. following the convergent narratives of several voices, ranging from the linearly historical to the cybernetically personal, we come to understand the journey ahead: searching from interface to interface, knowing that whatever home we find will be a collaborative compromise. one where we might live beyond our representations and finally come to say what we mean.” (Evan Meaney) 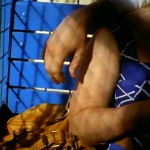 The Voyagers by Penny Lane (digital video, color, sound, USA, 2010, 16:30)
“In 1977, NASA sent two Voyager spacecraft on an epic and risky journey into interstellar space. Each Voyager carries a golden record album, a massive compilation of images and sounds embodying the best of Planet Earth. According to Carl Sagan, “[t]he spacecraft will be encountered and the record played only if there are advanced civilizations in interstellar space. But the launching of this bottle into the cosmic ocean says something very hopeful about life on this planet.” While working on the golden record, Sagan met and fell madly in love with his future wife. The record became their love letter to humankind and to each other. Recently, I began my own hopeful voyage into the unknown. This film is a love letter to my fellow traveler.” (Penny Lane)

Avó (Muidumbe)/Granny (Muidumbe) by Raquel Schefer (digital video, color, sound, Portugal, 2009, 10:49)
“Mozambique, 1960, just before the beginning of the war, portrait of a colonial family. A sequence of archive footage filmed by my grandfather, former colonial administrator, is the point of departure for an experimental documentary about the history of the Portuguese decolonization and its memory. Double memory or memory split in two: the lived and descriptive memory of the colonizers (their texts and images) versus the invented memory of their descendants. This film is an attempt to represent my indirect memories of Mozambique.” (Raquel Schefer)

Tusslemuscle by Steve Cossman (16mm, color, sound, USA, 2009, 5:14)
“The work presented is a reflection on humanity’s ecological relationship and the ritual of restoration. The violent pulse speaks with a sense of urgency and chaotic struggle while the hypnotic arrangement keeps us in blinding awe as to its condition. Tusslemuscle is composed of 7,000 singe frames, which were appropriated from view-master reel cells. Each frame was hand-spliced to create a linear film-strip. Jacob Long created the score to enhance these themes.” (Steve Cossman) 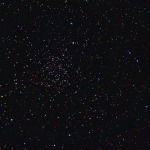 February 2008 & June 1967 by Mark Toscano (16mm, color, sound, USA, 2010, 6:00)
“An experiment bringing together two field observations of two completely different activities from two disparate times and places. I joined these twin moments (one captured, one found) as a way of trying to understand what the experience of the one would do to the experiencing of the other in the linear time of a darkened film theater.” (Mark Toscano)

Self-Destruction for Eternity by Wei-Ming Ho (digital video, color, sound, Taiwan, 2011, 6:26)
“Who decides who is good or evil? Who decides who lives or dies? Who will be the next victim? the calm before the storm…Is it an illusion? Or are there dark realities and tragic flaws hidden behind the scenes? Using machinima to record the process of playing games, this film correlates elements from different games and remixes them in order to re-comprehend them in a different way.” (Wei-Ming Ho) 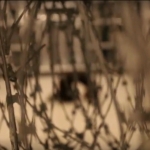 Palindromia by Lab Collective (Philippos Vardakas & Despina Ekonomopoulou) (digital video, color, sound, France/Greece/Spain, 2011, 6:02)
“A relapse and recurrence of a tunnel with no way out. Once the war arrives, it never leaves. It always remains in the collective memory within people, leaving indelible traces. This audiovisual experiment is a visual discourse about war and its outcomes and collateral damage. It renders the rawness of war as a palindromic movement underlying what it takes to be ‘safe and secure’ in our civilization.” (Lab Collective) 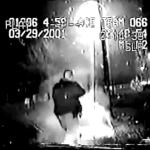 A Reasonable Man by Brian L. Frye (digital video, color, sound, USA, 2011, 15:00)
“In March 2001, a Georgia police officer observed Victor Harris speeding and initiated pursuit. Deputy Timothy Scott joined the pursuit and intentionally collided with Harris, who crashed and was rendered a quadriplegic. Harris sued Scott, alleging that Scott used excessive force because the pursuit did not endanger the public. Scott responded that the pursuit did endanger the public, and submitted two videotapes of the pursuit. The trial court held that a jury should decide the case because the parties disagreed about a question of fact: whether the pursuit endangered the public. In Scott v. Harris, the Supreme Court reversed 8-1, holding that the videotapes conclusively disproved Harris’s version of the facts. A Reasonable Man uses the videotapes submitted by Scott and excerpts from the oral argument before the Supreme Court to show how courts have evaluated one kind of motion picture evidence.” (Brian L. Frye)